When we got on the train in the morning after running to the station just on time, I didn’t realise that the weather or the day would turn out so nice. According to the weather forecast, it was supposed to be a rainy, lousy day. Well for a start it was clear skies and then it was warm enough for us to go without jackets.

Siena is about 76 kms from Florence and it takes about an hour and a half on a regional train.

The journey itself was lovely as we were watching the lovely scenery pass by. There were grape vines, olive trees, artichoke plants and just green grass thrown into the landscape and it was pure bliss just sitting by the window and watching all this pass by. The ground however appeared much drier compared to the Irish soil. Loads of little farms were seen too. The children of course were happy to chitter-chatter and play around till we reached there.

Once we were there, we took a bus to the city. The bus got into one of the gates and got out soon and we got a scenic ride and it dropped us at another gate. Siena is a walled city, and it is absolutely beautiful. 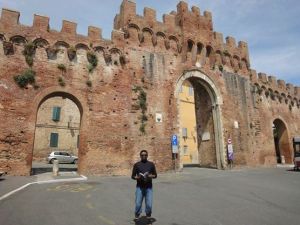 From there we decided to walk in after having some picnic food. Most of Siena is closed to motor traffic. The narrow roads with all its ups and downs and the beautiful old buildings made it an enjoyable walk. It is amazing how the new buildings were built similar to the old buildings and they just blended in so beautifully. 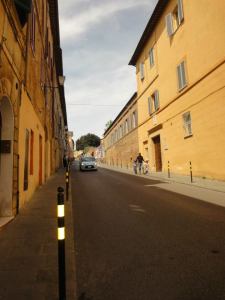 Our first stop was the Duomo. This is the fourth Duomo I am seeing in Italy, one in Florence, one in Pisa, one in Venice and now the fourth one in Siena. The most famous one though is the one in Florence. The one is Siena is equally beautiful though. The marble structure with all its intricate work is something one shouldn’t miss. 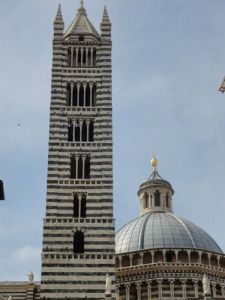 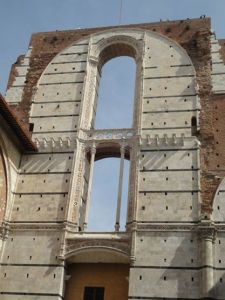 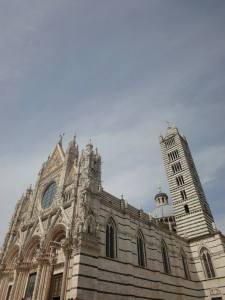 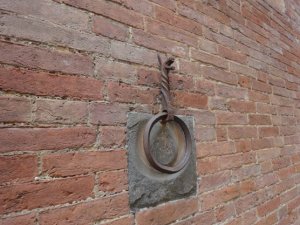 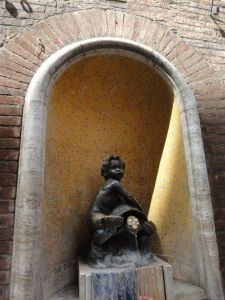 From there we headed to Piazza del Campo. On the way stopping and looking at different buildings and the narrow roads. We saw the university which was really nice. Would have loved to study there. 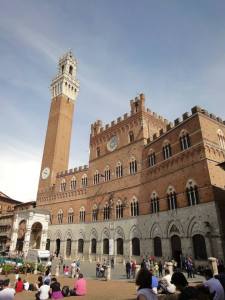 Piazza del Campo is a shell shaped square! It was huge and it was filled with people just relaxing and enjoying the weather. We sat down too, to enjoy the sights. After relaxing a bit, it was time to move on and we walked into the Palazzo Pubblico, where we took some photos. 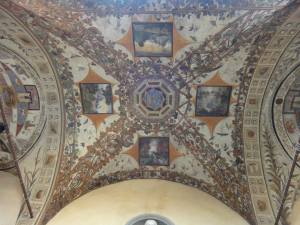 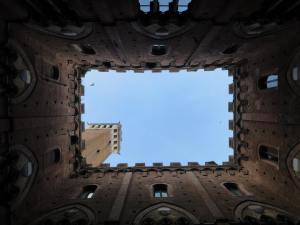 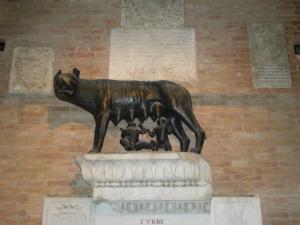 As we were thinking of getting back to the bus stop, we saw the liberation day parade. The parade was quite small compared to any of the parades that I would have seen so far, yet it was nice.

For the four hours that we were there, it was walk, stop, enjoy the sights, take photographs, continue to walk again…. We took back the 5:15 train to Florence. The kids were happy but tired so we had to head back earlier than we actually planned.

This entry was posted in Travelogue and tagged Italy, Siena, Travelogue. Bookmark the permalink.