The saga of the lost purse! 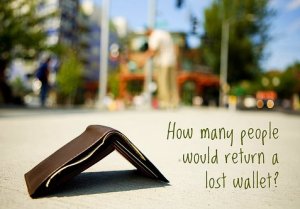 It was day three of our four day trip of Paris. The morning went fine. We went to Sacre Coeur and then on to Versailles. We had lunch at McDonald’s and headed back. The kids were tired and I decided to take the kids back to the hotel.

The minute I entered the hotel I knew I had lost my purse. I had the room key, a couple of credit cards, cash close to a hundred euros or more and a few other things.

I told the guy at the reception what happened and asked him for a spare key. Once in the room got the kids changed and called my husband who was heading to Disney with our friend to tell him about the lost purse.

He tried to question me to see where I could have possibly have lost it. I knew I paid at McDonald’s and that was when I took it out the last time.

I knew there was no one that could have touched my bag. The only other possibility was that the purse fell off on the train when I opened the bag to give juice for the children to drink.

I knew nothing could be done and just kept my calm. I sent a message to my father about cancelling the cards the next day. I told him there was no hurry to do it and he could do it the next day. About an hour later, I decided to get out with my friend to get dinner. We stepped out of the room and went up to the lift. For some reason,we came back to the room and we could hear the phone ring from outside. Ran in and answered the phone only to find out that my purse had been found.

The purse as I had suspected had fallen off in the train and a Mr Ali had found it. He opened it and found the room key and he called all the Novotels in Paris before he found me. The strange thing was that the room was not booked in my name and nothing in the purse had Prakash’s name on it. So it was even surprising that he tracked me down. The fact that I had told the receptionist about the loss had helped.

The next couple of hours were spent in organising and collecting the purse. Because Prakash was out already it made sense for him to go and collect it rather than me dragging the kids and going all the way.

In this day and age when people do not care about others, the fact that somebody had taken so much to help a random purse was surprising. God bless Mr Ali and his family for being such a good soul.

And by the way, this is the second time that this purse has gone off my hands completely and I got it back again!