When I started my homeschooling journey nearly five years ago (is it really that long?) I had so many people asking me all kinds of questions. I was even shamed, guilt-tripped saying my kids will be up to nothing good and that I was doing it because I was lazy and because I wanted to do things that I fancied.

Today I am happy for all those questions.

Over the weekend we got a warning about “the beast from the east” and storm Emma, a double whammy. Didn’t stop us from going out on Monday at nearly subzero temperatures for a fun event at the library by public transport. 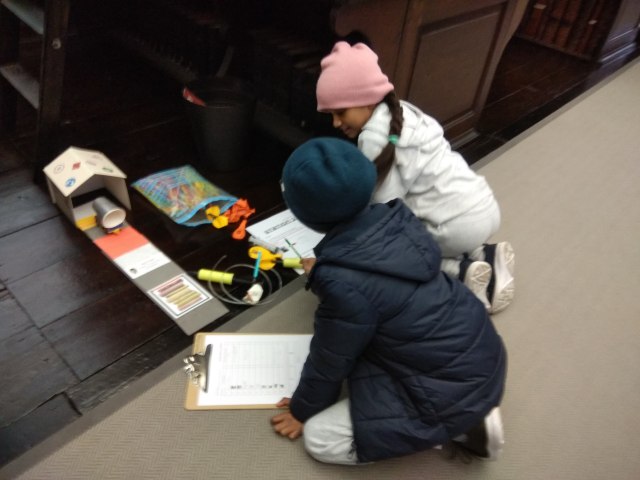 On Tuesday we went for the swimming lessons and came back home only to get out for a drive in the snow and then off to the library to stock on books in case the weather warning came true and we were snowed in and stuck inside the home. This is while the rest of the world was busy rushing to shops to buy milk and bread! My kids knew they didn’t have to worry about it because they make the shopping list every week and they do the shopping. They know that we won’t run out of food so they weren’t worried.

Wednesday morning they woke up to tons of snow. They decided to have a snowball fight and then used this as a great opportunity to play with the neighbors. In the evening they got curious and we decided to go for a drive to see how it was to drive on snowy roads and also to see if the canal was frozen over, which it was.

Thursday We woke up and we knew we were definitely snowed in and we weren’t going to get the car out. So we decided to make a snowman. I didn’t have to teach them how to make a ball to make the snowman. They had already made snowmen a couple of times earlier this month but that was with minimal snow. This time they had enough snow to make a “proper” snowman. They packed up the snow to make a small ice ball then started rolling it over snow to make three big balls of snow and they made a beautiful snowman, nearly as tall as them. They had fun making snow angels too.

Friday! The week is nearly over. All our programs for the week and weekend have been canceled one after the other. How much longer can we be locked in? Of course, the kids were outside in the snow till the sunset and then settled in the bed with a hot water bottle and book so far. It is just me who has been inside all day long.

Today’s project was to make an igloo. The very idea of that fascinated me. We had a discussion at breakfast and they came up with the idea. I decided not to break their spirit and let them try and build one as much as they can. As I write this, it is not finished yet, but it looks amazing!

They knew how to work around, how to get the shape, what box to use to make snow bricks, how to plaster them, how to interlock the bricks… the whole works! I am so proud of them. They are wet and cold but that hasn’t stopped them from trying. There were a couple of times when Abhi came back upset that things weren’t as he expected it to be. But he was ready to get back up and go again and try it!

To all those people who told me my kids would be failures. If this is what it feels like to be a failure, so be it!

Edit: A lot of people had asked me about the finished igloo photo, Here it is… by the way, it did take a lot of hard work, tears, and iterations to get the front arch done and the igloo itself was built according to the kids’ design we just helped them in getting the bricks ready for them. 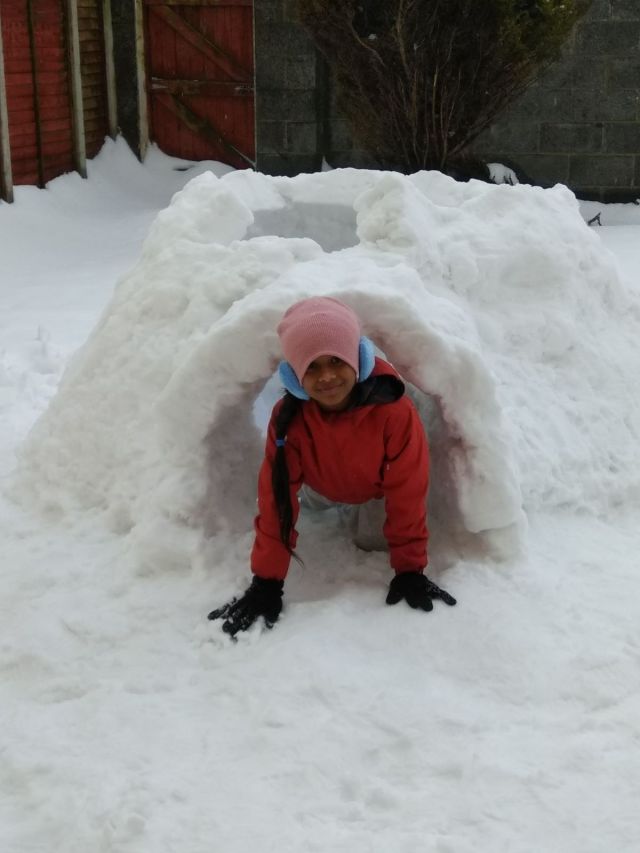 7 Responses to Thank you doubters!