I am a qualified Computer Engineer and a Certified Lactation Educator and Counselor. But, I’ve always been an artist at heart. I’ve loved arts even though I never studied arts anywhere. I’ve also loved to work with children long before I had a couple of them of my own. I have worked with children in Ireland, Italy and India doing workshops. Unfortunately, I do not have photos from a lot of workshops that I did in libraries and schools. I have posted here a few samples from different ones that I have done over the years.

I am a homeschooling mother of two children who are nearly 11 and 9.  I love traveling, music, reading, writing and meeting people.

My recent passion is to make things out of what is considered waste by others. I tend to go to Recreate these days, pick up random stuff and upcycle them to beautiful artwork. My most recent workshop was to make suncatchers out of used CDs. I also use mixed media to produce some beautiful art.

Boomerangs made by Abhinav

Rangoli on OHP by Anoushka 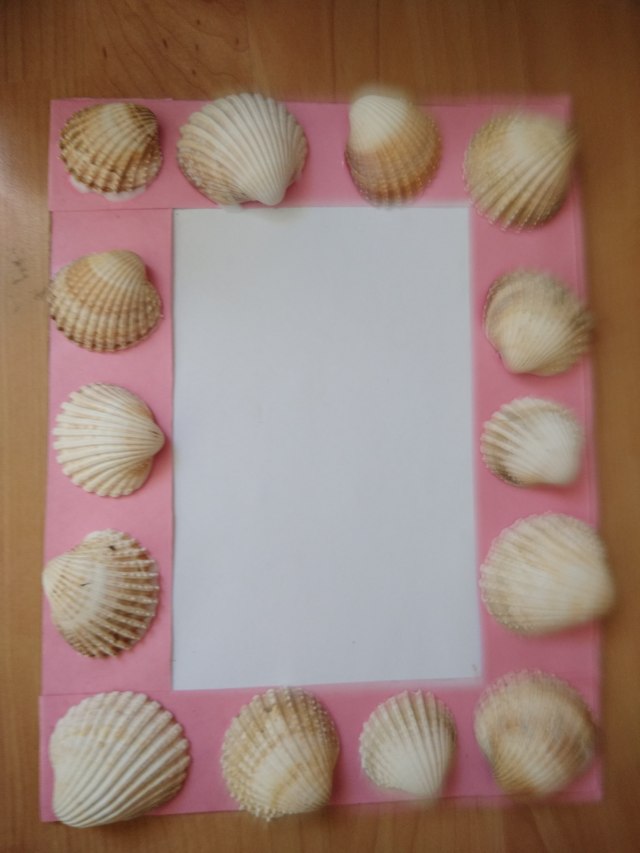 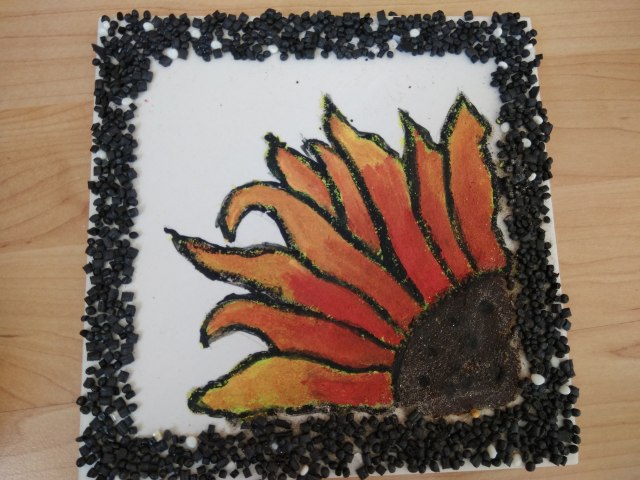 Mixed media on tile by me

Simplest paper dolls by me

Art on toilet paper rolls by Anoushka and me. 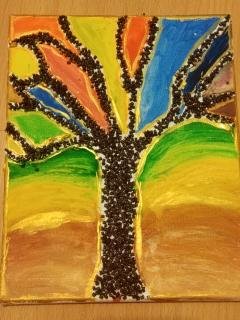 A mix of water colour and acrylic paints on canvas. The dark brown bits are plastic pieces that I got from Recreate.

The tile was from Recreate, so were the plastic bits on the border. The flower is made of sand and painted using poster colours. 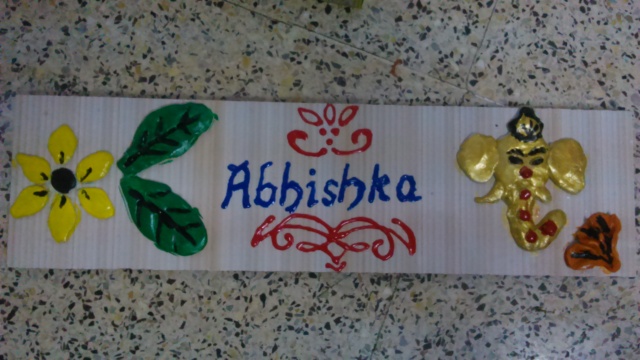 Dreamcatcher made from old bangle, some wool, glue, beads, and feather that was leftover from Christmas workshops. 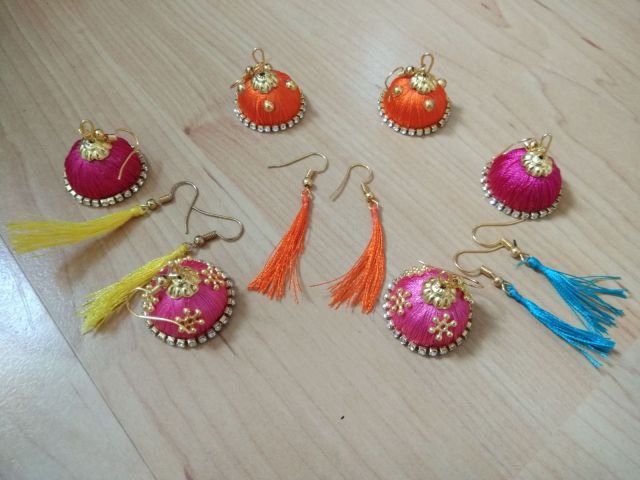 Made from paper beads. 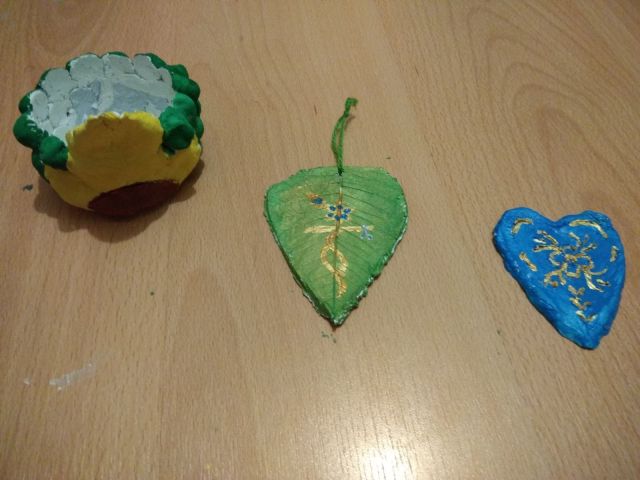 Made from air dry clay. 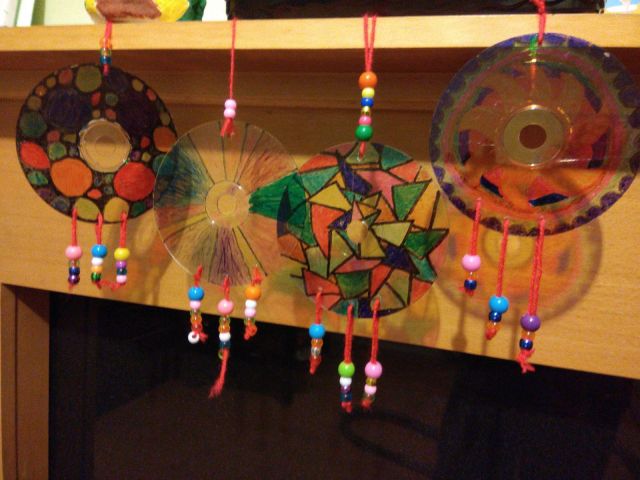 Suncatchers made from old CDs. 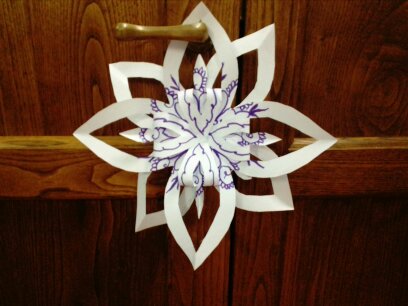 Open to children of all ages. 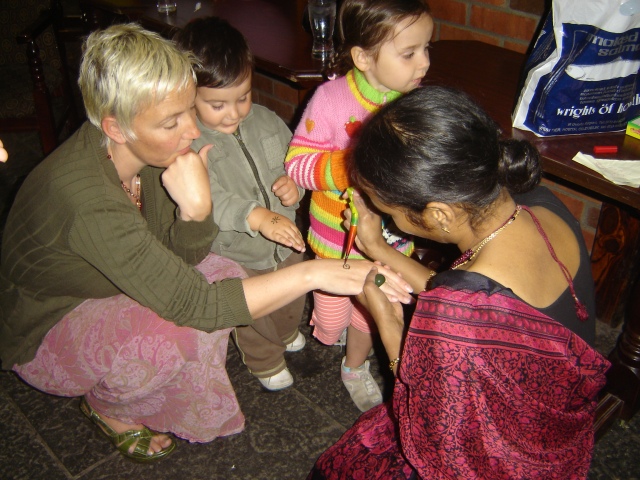 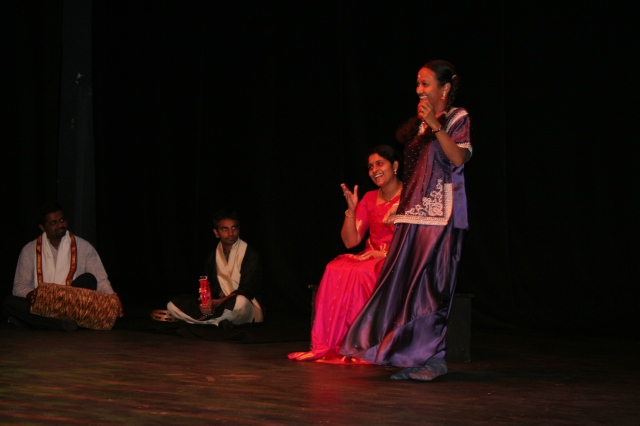 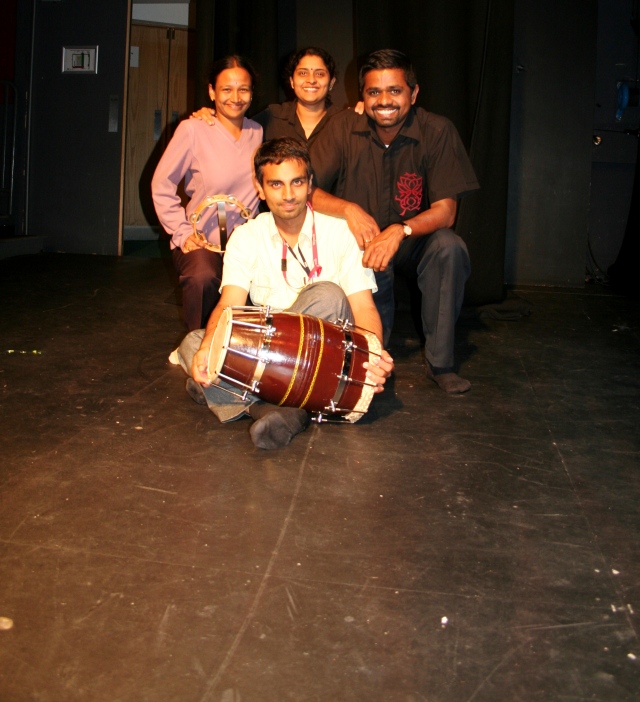 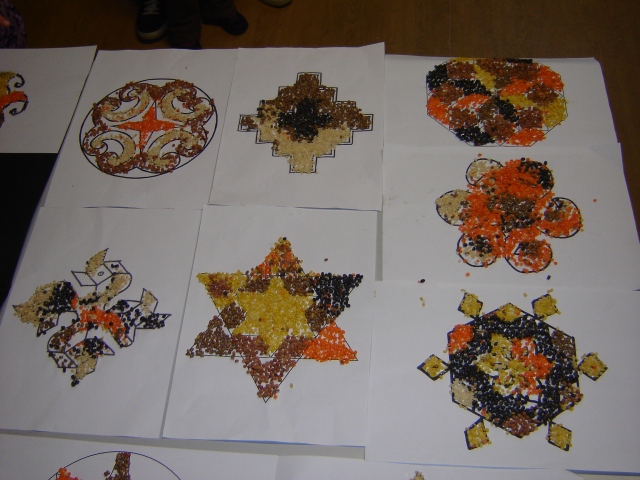 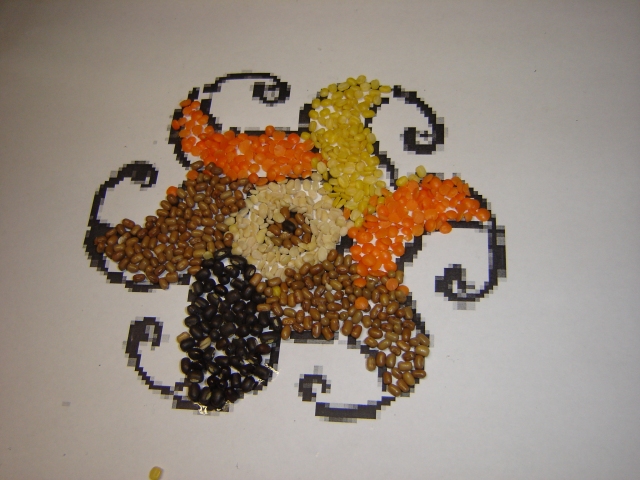 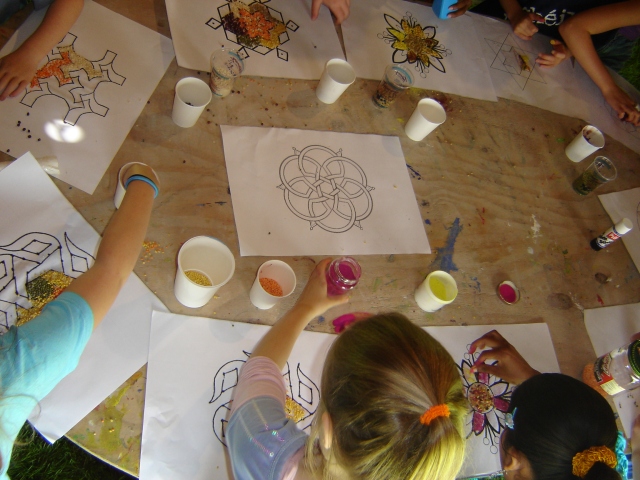 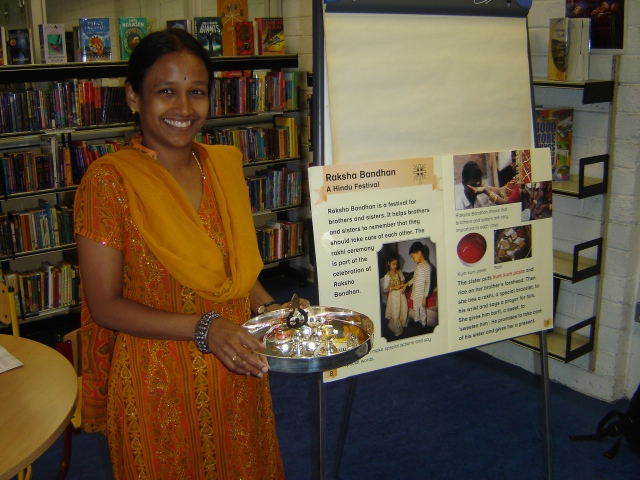 Rangoli workshop for adults with Shyamala 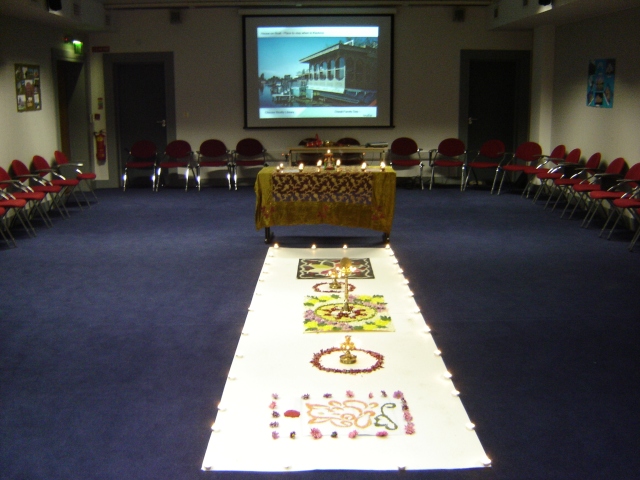 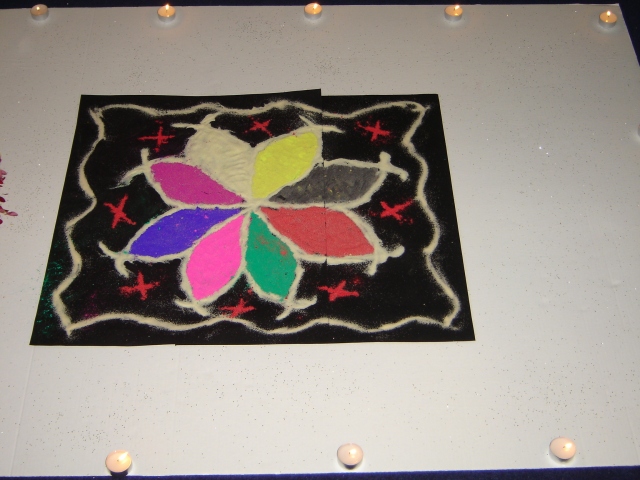 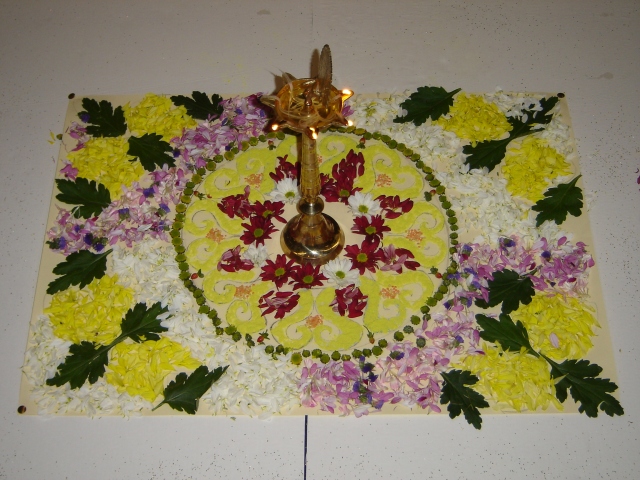 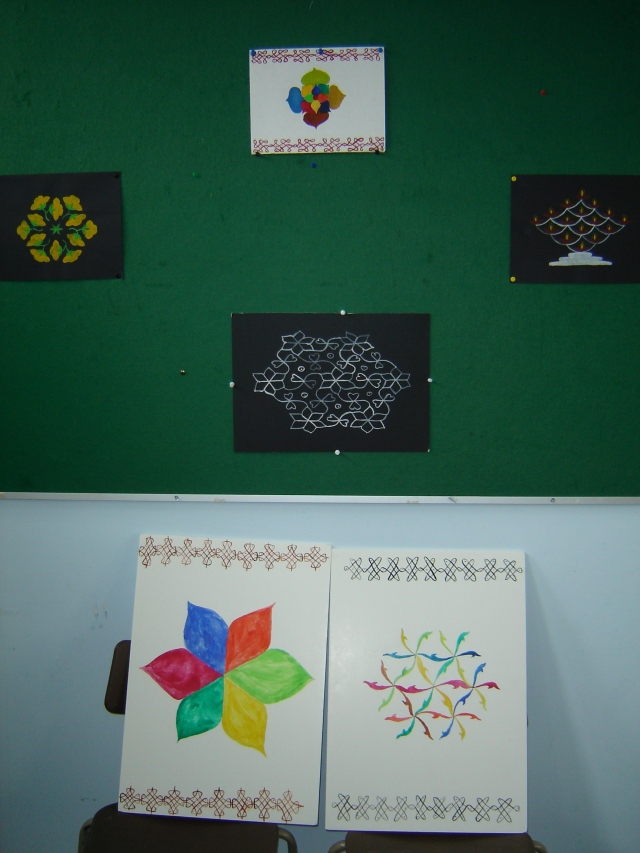 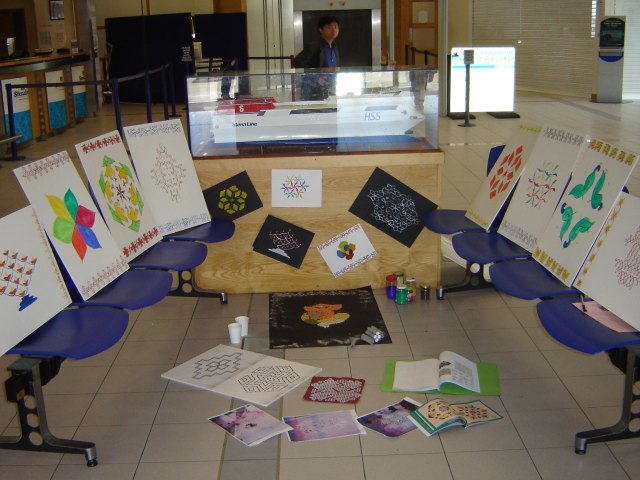 Was featured in Sunday Times. 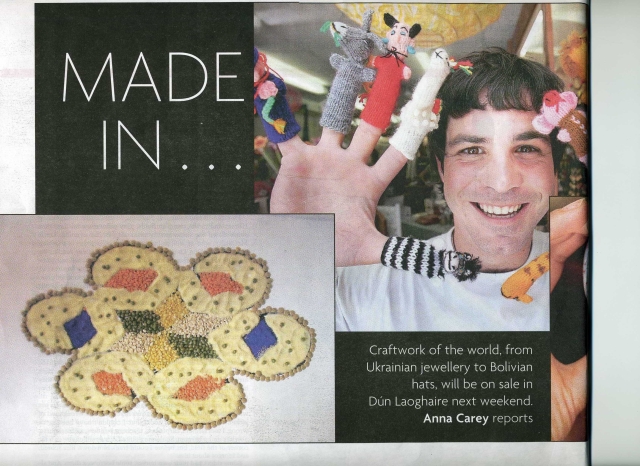 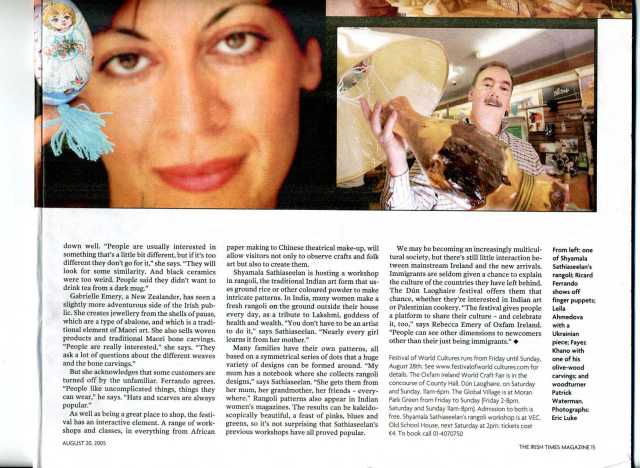 See and learn about the Indian sand drawing tradition with facilitator Shyamala Sathaiseelan.  As you would expect, this workshop shows how Indian children would make drawings from sand.  Children will also have the opportunity to try some with coloured powder. 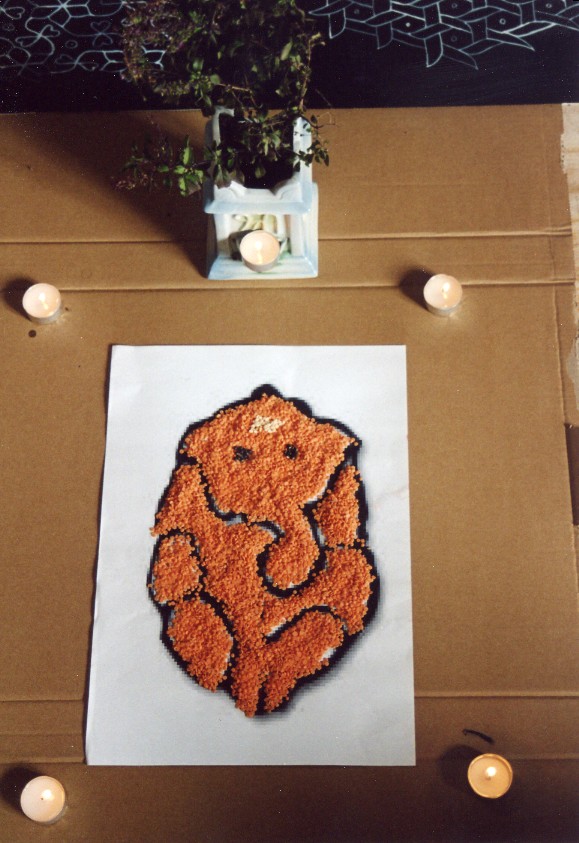 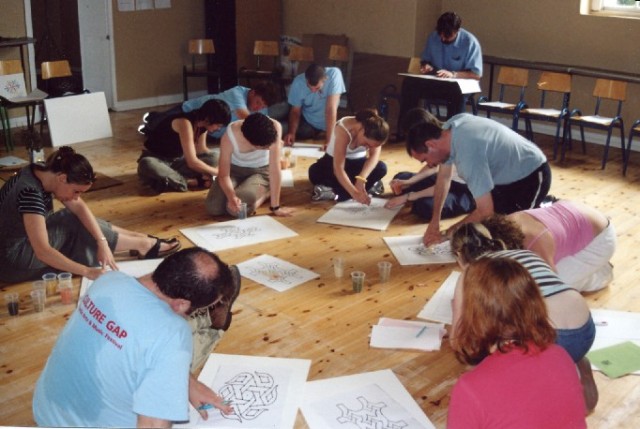 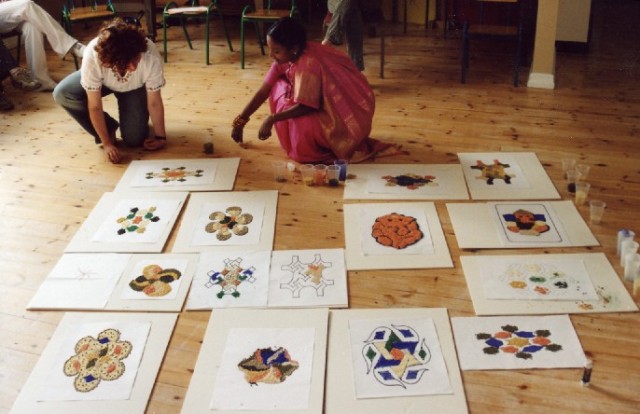